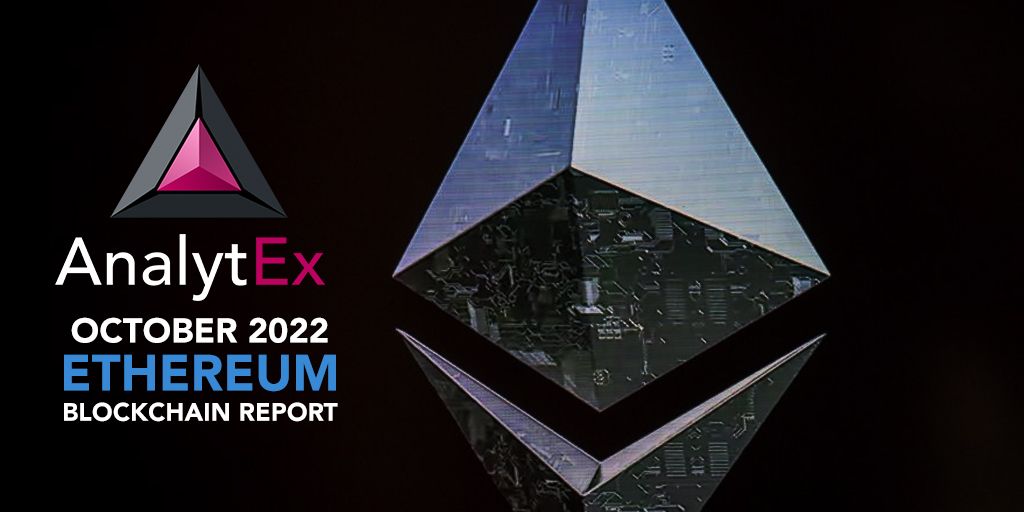 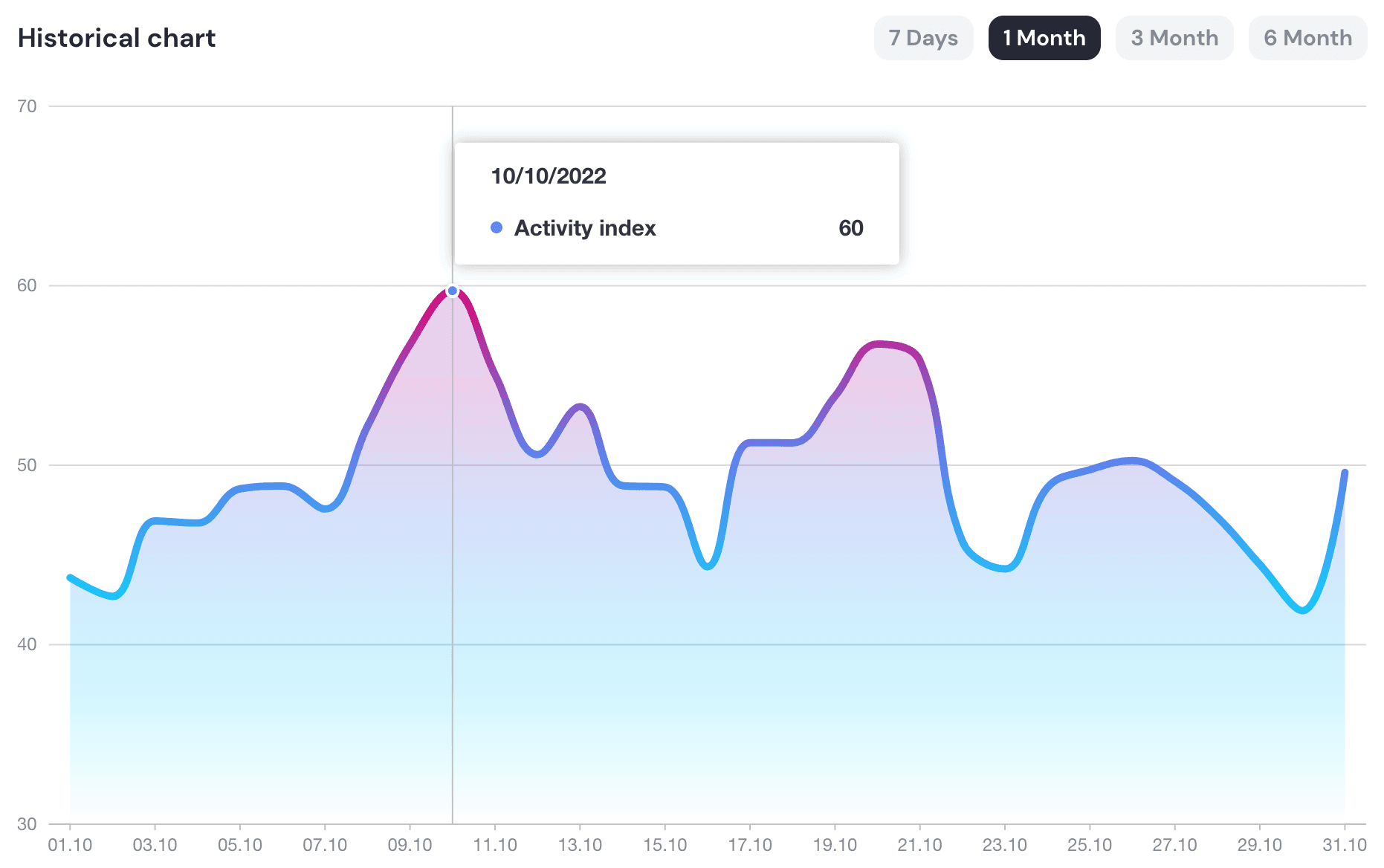 The average indicator is bigger than in September in General. In October, the index showed an average of 51 points. 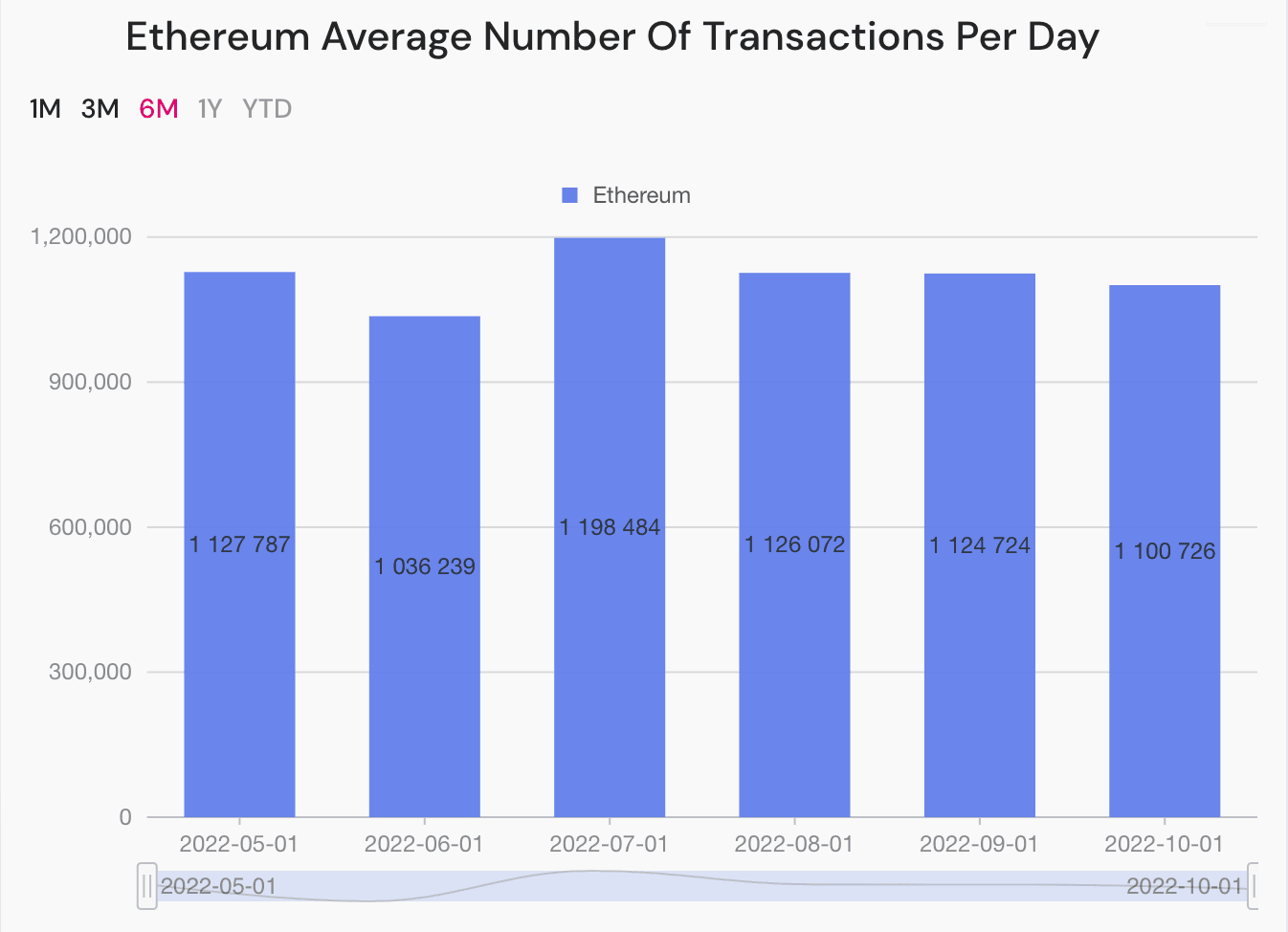 Average number of Ethereum blocks per day increased by 7.38% because of the Merge

The number of blocks per day increased on September 15, after the transition of Ethereum to the Proof of Stake system, and in October it is stable at 7,157 blocks on average, this can be clearly seen in the chart below.

In September the average block size was 0.49 Gb, In October this value was 0.50 Gb. The average size of blocks mined per day increased by 2.04%.

The Eth Total Block Size Per Month, Gb chart shows that that the total block size in September was 14.57 GB, in October it was 15.4 GB. The value has increased by 5.7%.

Average Ethereum gas price increased by 31.25% in October because of the chain activity.

The number of ERC-20 tokens created in the Ethereum network in October increased by 33.4%

In September, the average number of unique active crypto wallets per day in the Ethereum blockchain was 465,072, in October this figure was 430,783, so it is a decrease of 7.37%.

A similar situation is observed with the average number of daily active smart contracts. This value in September was 25,294. It decreased by 4.63% and was 24,123 in October.

Ethereum’s price saw mostly sideways movement during October, with ETH/USD trading flat for the better part of the month. However, it is worth noting that ETH’s price saw a significant move to the top in the final week of October, reaching a peak of $1,640 on October 29. At press time, the market capitalization of Ethereum stands at roughly $198 billion.

The October data continues to reflect the impact of the Ethereum blockchain transition to a Proof of Stake system. Thus, the number of blocks per day has increased, as well as their size. At the same time, the activity of the network as a whole increased, as the price of gas increased despite the fundamental decline in the price of gas after the Merge. The number of new smart contracts on the Ethereum network has also grown - this is a good sign. However, the number of active wallets and smart contracts continues to decline. This means that only the most persistent remain on the market and the activity of specific users is growing day by day, which can positively affect the market, which is simply tired of looking down.