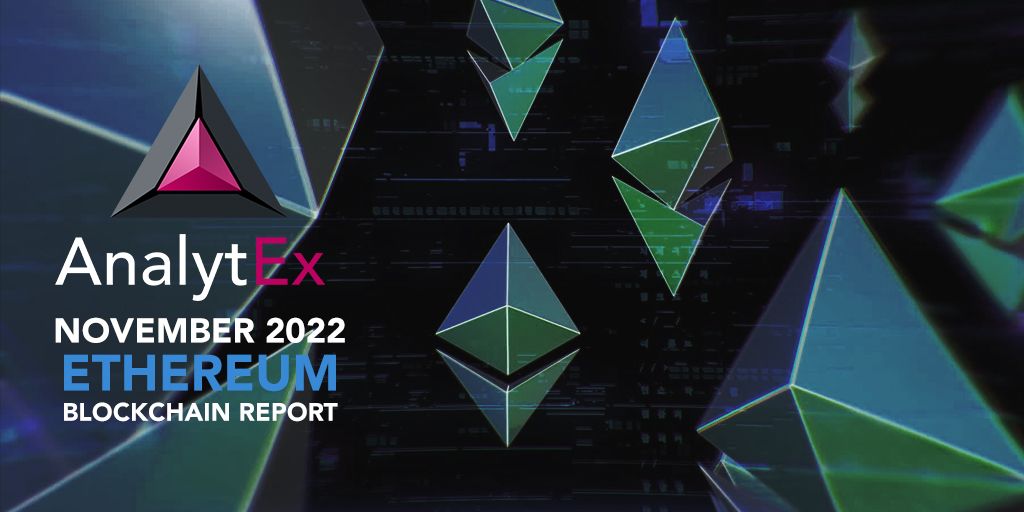 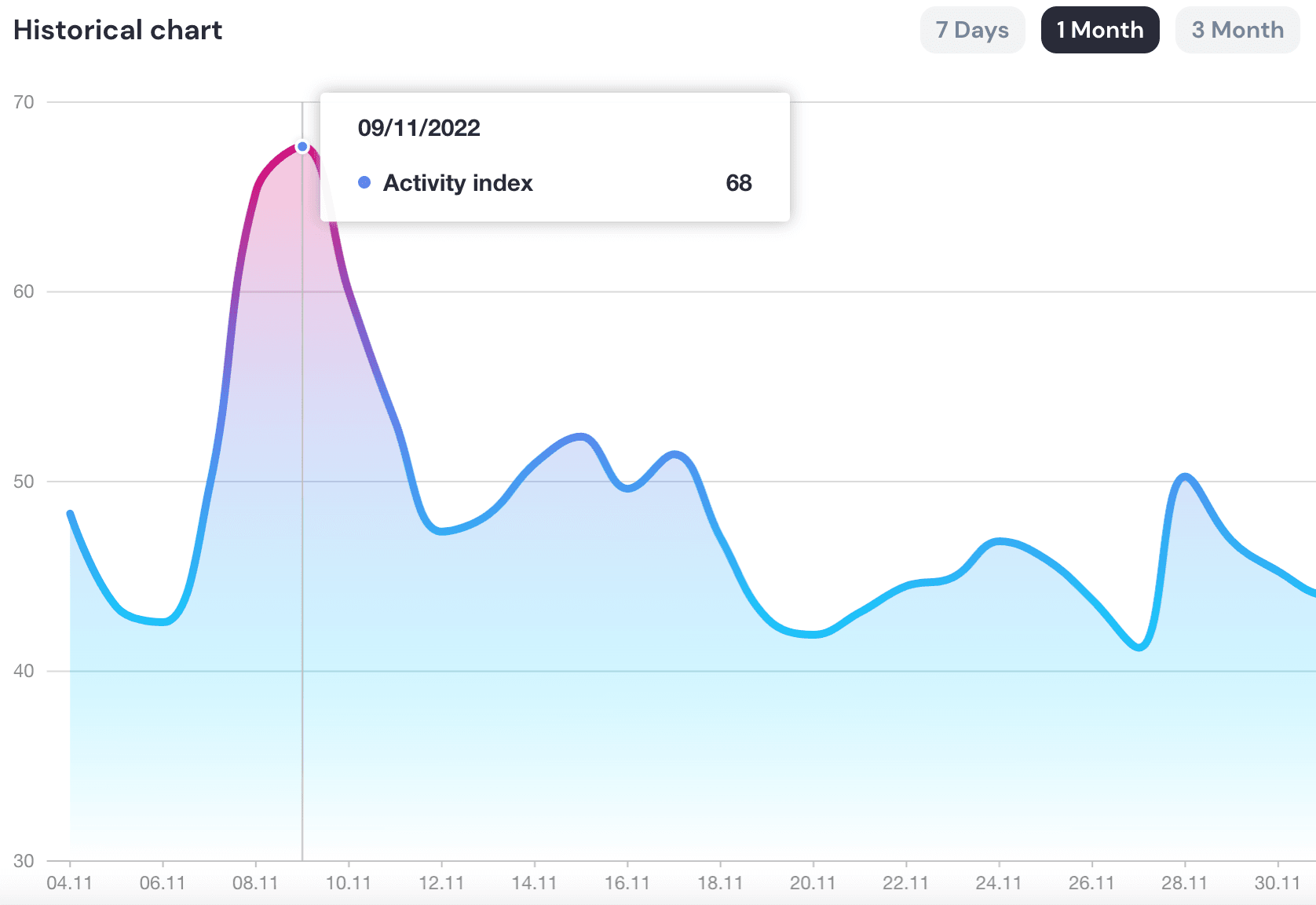 The average indicator is less than in October and September. In November, the index showed an average of 46 points.

November is not distinguished by significant events and peaks. The highest average number of transactions in November was made on the ninth with a peak of 1,219,648 transactions, it is less than in October.

Average number of Ethereum blocks per day has changed by just 0.01%

The number of blocks per day chart looks really stable after The Merge.

The average block size was 0.51 Gb in November. In October, this value was 0.50 Gb. The average size of blocks mined per day has increased by 1.96%.

The Eth Total Block Size Per Month, Gb chart shows that that the total block size in November was 15.28 GB, in October it was 15.4 GB. The value has decreased by 0.78%.

The number of ERC-20 tokens created on the Ethereum network in October was 14,295, In November this figure was 9,050. It has decreased by 58%. A similar decrease is observed in all chains.

In November, the average number of unique active crypto wallets per day in the Ethereum blockchain was 401,577, in October this figure was 430,783, so it is a decrease of 7.27%. The similar dynamics was observed last month.

In turn, the number of active smart contracts has slightly increased. This value in November was 25,100. It was 24,123 in October. It is an increase of 4%.

In terms of price action, ETH peaked at roughly $1,650 in November before a big sell-off that was triggered by the collapse of the FTX cryptocurrency exchange. On November 22, ETH found support at $1,080 and proceeded to recover towards $1,300 at the end of the month. In the crash in early November, ETH dropped below its 50-day simple moving average, and it has stayed under this key moving average since. Interestingly enough, the $1,650 top in November touched the 200-day simple moving average, but there wasn’t enough bullish pressure to break through.

During November, the RSI for Ethereum stayed in the neutral zone, except for a very brief time on November 8 when it entered the oversold zone. After this, the RSI slowly climbed towards 53.5, and stabilized around this level.

At moment of writing, it’s difficult to imagine a bullish short-term narrative for ETH, as most technical indicators are flashing bearish signals.

The data from November clearly shows that the consequences of the Merge that occurred in September are already fully entrenched in the chain. Such a conclusion can be drawn from the record low changes in the number of blocks mined per day, their size also practically does not change. Otherwise, the market is still moving in the direction of Winter, as all indicators have been falling for more than 6 months. The number of new tokens being created in all networks has decreased especially strongly - developers are still waiting for some kind of signal for growth, which everyone is waiting for more than ever.