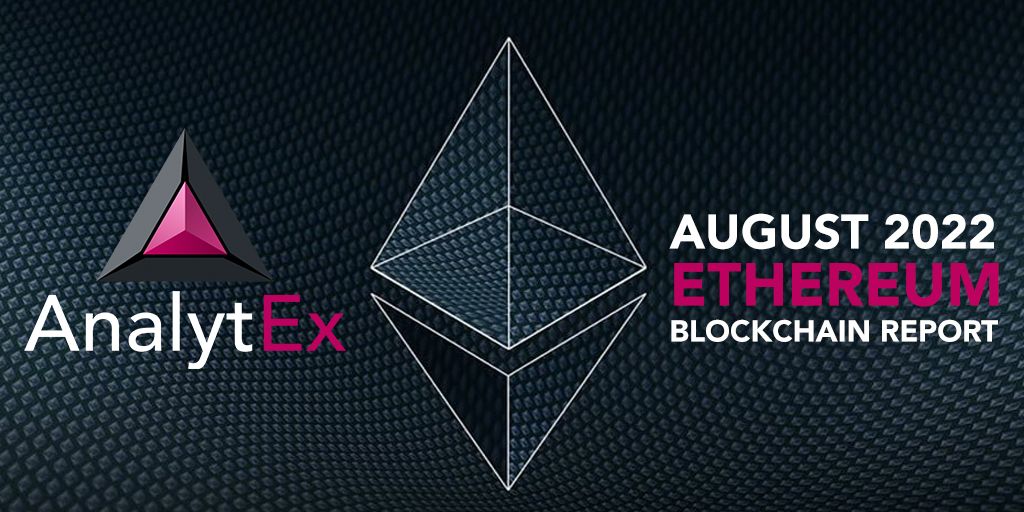 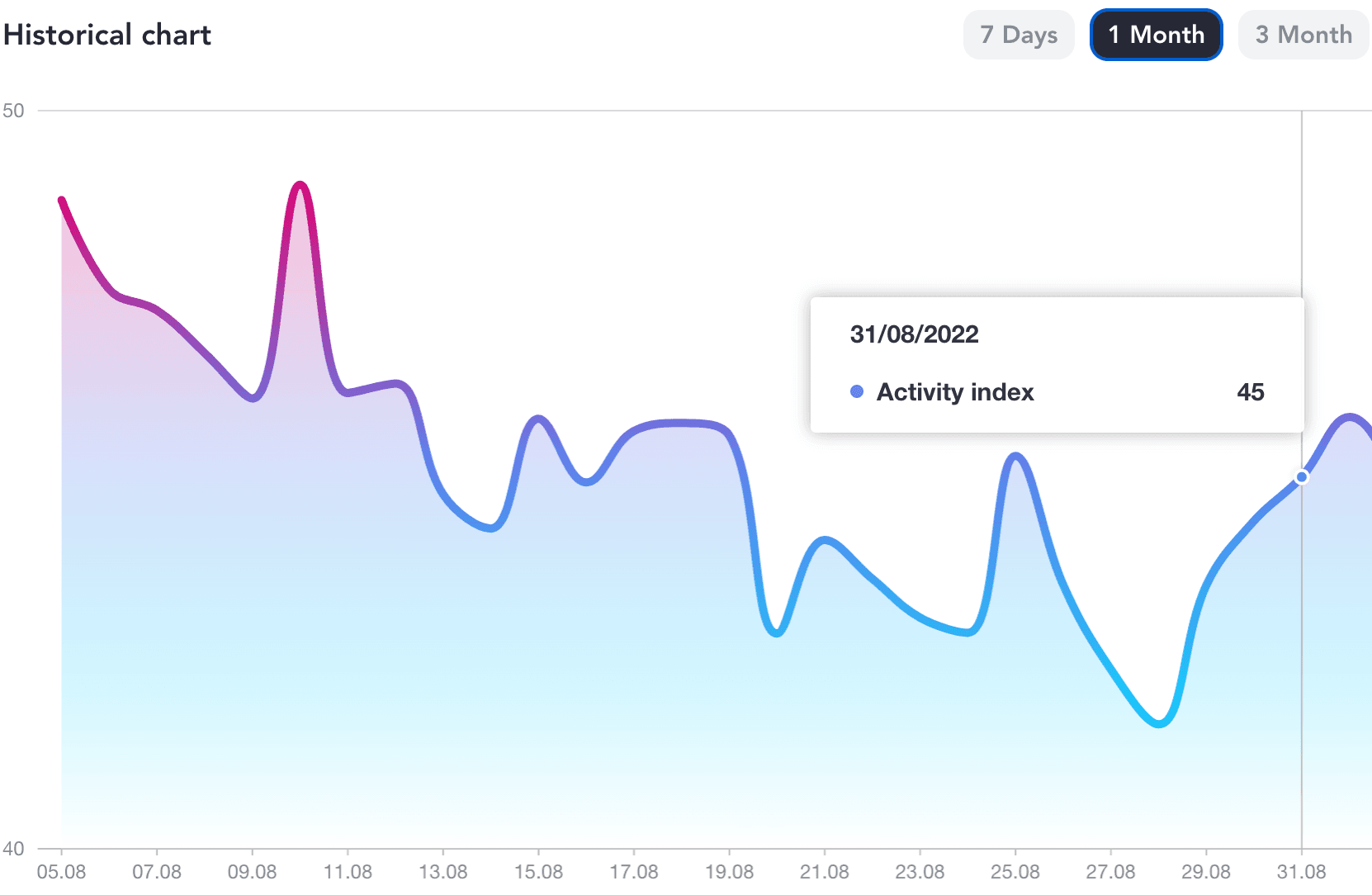 In August, the index showed an average of 45 points, this number is higher than in previous months, which reflects the current market situation.

The maximum value was observed on August 4th and amounted to 61 points. The minimum value in August was 49 points.

Average number of Ethereum transactions per day decreased by 6%

Average number of Ethereum blocks per day decreased by 2.1%

There were no significant peaks in August.

In terms of the number of blocks per day in the Ethereum blockchain, there were no significant peaks in August.

The total size of blocks mined per day has decreased slightly since April 2022, when the block size was 0.53 Gb, In August this value was 0.51 Gb.

The Eth Total Block Size Per Month, Gb chart shows that the total block size in August was 15.71 GB, in July it was 15.4 GB. The value has increased by 2%.

The number of ERC-20 tokens created in the Ethereum network in August increased by 32.18%.

In August, total number of active wallets slightly decreased by 1.43%, compared to July

The number of Ethereum Active Addresses shot up to 814,127 on the 4th of August. It is the single increase in August with 38.14% above the average.

On the 4th of August 2022, the number of Ethereum Active Addresses was 814,127, which is the peak value in August, It is 38.14% above the average, most likely due to the launch of the new NFT collection.

August has become a fairly quiet month for the cryptocurrency market. The data tells us of a slight decline in all indicators, whether it is the number of active addresses, transactions, or blocks, while the cost of gas has decreased significantly, confirming the decrease in activity. The Ethereum Activity Index was quite static, and moved in the range from 40 to 50 points. The bearish trend has reached September, which has traditionally been the worst month for cryptocurrencies for many years. Whether this will be confirmed, we will find out very soon.